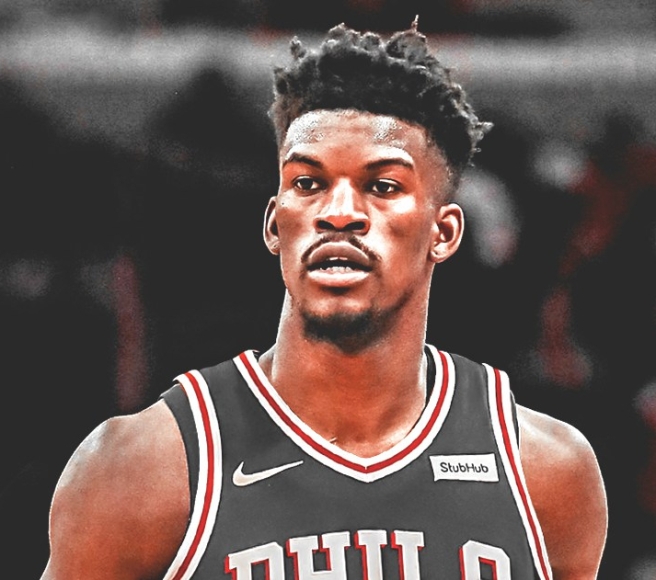 Are we better with Butler? We better be! Butler is a gritty, in no ways pretty, in your face, non-commonplace kind of player. Butler is gutsy and garish, impudent and intolerant, and he’s not coming to Philly to play.  Butler is coming to ball. Butler in a word, is a bad butt (we don’t use French here), Butler is all about getting the “W” so he doesn’t like to lose. I love it.

Are we better with Butler? Of course we’re better with Butler.  Butler has attitude, has an attitude, and will confront and contest when necessary. And I love it. In other words, Butler is, in fact, EXACTLY the kind of player the Sixers need and he’s just what the Dr. ordered (did someone say Dr. J?).

Butler will beat the drum and rally the troops. He’s a savvy, sassy veteran who knows how to win and he wants to win now. He has no problem calling out his teammates for lackadaisical and lackluster effort or just flat out boneheaded plays. He’ll put and point his finger in your face and call you out, if need be. And I love it.  The Sixers have a bad habit of turning the ball over and giving big leads away. And I hate it. The Sixers need to get in the habit of taking care of the ball and holding onto the lead. And that’s where Butler will fit right in.

And Jimmy Butler plays how Christians should be. We should be fearless and dauntless and determined and downright dogged when it comes to living soberly, righteously and Godly in this present world.  We should stop making excuses for bad behavior, amd we should hold each other accountable.  We need to be willing to fight tooth and nail for what is right.  And we should abhor all that is wrong. We should live uprightly and speak forthrightly, and we of course must practice what we preach. Amen.

Here’s what USA Today had to say:

“Philadelphia gave up quality players but got a much-needed All-Star in return. Butler is the type of two-way player – All-NBA, All-Defense – who can elevate a team like the Sixers, who reached the conference semifinals last season, have an All-Star in Joel Embiid and a future All-Star in Ben Simmons.

Butler should help Embiid and Simmons, and vice versa. Philadelphia’s offense (ranked 20th) and defense (ranked 10th) are expected to improve with Butler, who averaged 21.3 points, 5.2 rebounds, 4.3 assists and 2.4 steals and shot 47.1 percent from the field and 37.8 percent on 3-pointers in 10 games with Minnesota this season.” https://www.usatoday.com/story/sports/nba/columnist/jeff-zillgitt/2018/11/10/jimmy-butler-trade-76-ers-shifts-power-eastern-conference/1958821002/

And here’s what ESPN had to say:

“The odds have always been against Butler. His path to the NBA is as unlikely as anyone who plays in the league given that his backstory (of being homeless at 13 before moving in with a friend’s family) reads like the basketball version of “The Blind Side.” No matter how many ups and downs Butler endured in his journey to the precipice of NBA stardom, the 25-year-old never stopped believing in himself. The same drive that helped get him out of Tomball, Texas, and into Marquette University is the same fuel that’s pushed him to average over 20 points a game early this season.

No matter how high Butler’s stardom grows it doesn’t appear that he will ever lose the gigantic chip that resides on his shoulder. Like many great athletes, Butler is driven, in large part, by the opportunity to prove people wrong. He likes when the odds are high because that’s the way it’s been for him all his life. He doesn’t know any differently.” http://www.espn.com/nba/story/_/id/11931211/jimmy-butler-unusual-path-becoming-star

So welcome to Philly JB!  Thanks for bringing your brotherly love to Cheesesteak City. The Philly faithful are dancing and jumping and hoping that this blockbuster trade works out.