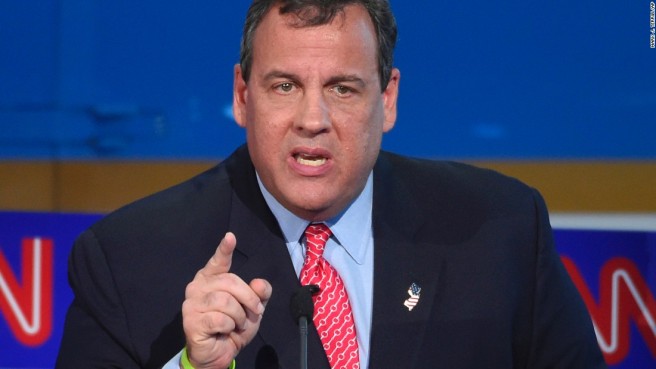 Blue or red, liberal or conservative, right wing or left flank, when you talk victory, you must talk unity and harmony. Any and all teams must come together and gel in order to make a serious late season surge and a powerful playoff push to the title. No sports team in the history of sports has ever won with discord and disagreement and conflict and controversy on the team all the time. It just doesn’t happen. Dysfunction and malfunction and compunction have no place on a winning team, but are always found in the loser’s locker room. Negativity and insensitivity don’t t make for a winner or a champion or a victor or an overcomer at any level. Not at all.

The Republican’s are fighting amongst themselves. To say that the Republican Party — or at least the Republican elite, that is — are divided, is an understatement. There’s infighting and finger pointing and lambasting and backstabbing like you wouldn’t believe. While Chris Christie has endorsed Trump (Really?), most of the other establishment elite can’t agree on anything other than to say that Donald Trump is “unfit to be president.” This coming from Mitt Romney. Mitt Romney?  It would appear that the Grand Ole Party is so split and so torn that the prospect of unity is bleak at best.

The Republican Party has fractures and fissures and cracks and creaks that they just can’t seem to fix. The main problem is this: The Republican establishment’s got a front runner that they all hate and they’ve got wanna be presidential hopefuls that not all of them love. The Old Republican guard has a presumptive nominee that they don’t like and also rans that are riding a one wheel bike. Trump has taken off the gloves and the three other hopefuls still in the race don’t seem like they can collect all of the delegates necessary to be nominated. At least not before the convention and not without a fight.

According to one political strategist, “if there is a contested convention the chances of chaos are high.” And so the lesson is this: without unity, we have nothing.  No Super Bowl rings and no NBA Championship banners and no World Series victory parades. Nada. We have nothing without unity. And according to one party insider, J.M. Stipanovich, ”the Republican Party is not going to come out of this in one piece., and I think whoever the Republican Nominee would be isn’t going to win in November.” Ouch.

So what’s the Republican Party to do? They need to take a page from the playbook for all teams: United we stand and divided we fall. It’s that simple. We don’t have to be uniform but we do have to be unified. And the “we” here is every team and faction and party and couple and church and congregation, everywhere. We must come together and we must stick together. Or else we won’t make it.

And so this is a cry to Christians everywhere. Let’s stop fighting each other and fight our common enemy – Satan. The devil wins when we war within. It’s that simple.