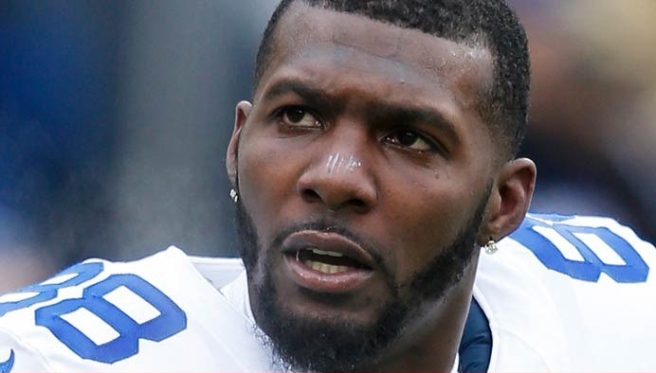 You don’t have to be a rocket scientist to figure out why the Cowboys dumped their ALL TIME leading receiver, Dez Bryant. It’s as plain as the nose on your face. Since he came into the League and made a home in Dallas, Dez has been a brew of venomousness that is frighteningly viral. His actions, on and off of the field, have been radical (to say the least) and ultimately lethal to his team and fatal to his career.  In other words, Dez is a hot mess.

Dez may be talented, but he’s also toxic. What Dez did not realize is that no stand out statistics or ridiculous records can take the place of a player who is reliable and dependable and stalwart and not unpredictable. In other words, character still counts.

Bryant was the Cowboys’ first-round pick in 2010. He amassed more than 1,000 yards receiving, with double-digit touchdowns, for three straight seasons from 2012 to 2014. He finishes his time with the Cowboys with a team-record 73 touchdown receptions to go with 531 catches for 7,459 yards in 113 games. And yet, the Cowboys were all too eager to say “Bye Felicia” to their golden boy of a receiver. In other words, see ya, don’t want ta’ be ya.

Dez is done in Dallas because he did not think he was a distraction to the team. It just goes to show; you can’t do what you want or say what you want and still get what you want. It just doesn’t work that way. Dues must be paid.  And in order to play in the NFL, or on any other reputable sports team, you need to do as mom taught us all, and that is to mind your manners. Here’s what the Dallas Cowboys had to say about cutting Dez:

“The other thing that we all see, and it is certainly visible to anyone who watches our games, watches our sideline, is Dez is certainly a fiery guy who plays with a lot of emotion both on and off the field,” Cowboys executive vice president Stephen Jones said on the team’s podcast. “Sometimes that can be a distraction. It can be a distraction for Dez, it can be a distraction for other teammates. And we just have to really get our hands around when you put all the full body of work together where that’s headed.” http://www.espn.com/blog/dallas-cowboys/post/_/id/4766019/cowboys-cut-dez-bryant-due-to-lack-of-production-attitude

Once again, the lesson is crystal clear; your central core is more important than all of your shiny outer trimmings combined.   People might say that they like the attitude and all of the antics, but at the end of the day, we want to cheer for someone we want our daughters to marry. And Dez just doesn’t deliver. He may be able to catch a football, but lately, he can’t catch a hint. Owners and managers and coaches are only willing to put up with so much. So let this be another lesson for every and all other “characters” out there. Character still counts.

You can’t have it both ways. At the end of the day, careless, callous and reckless, abandoned living gets you nowhere fast.  The end of the line for loud mouth, undisciplined, show-boat behemoth players (and people) who can think no farther than their last antic or antagonistic tweet is a life of regret.  The sad part of the story is that Dez will land with some team somewhere but will go no farther than he’s gone before, unless he decides to mend his ways.

It was said that the only person that can stop Dez Bryant, is Dez Bryant.  Because people, like owners and coaches, are only willing to put up with so much.