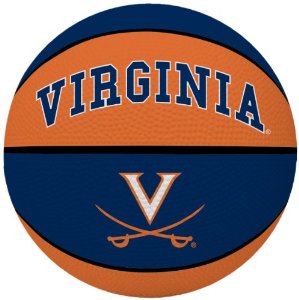 Virginia is for lovers.

Love and basketball are like Mutt and Jeff and Laurel and Hardy and Bonnie and Clyde and Lucy and Desi. They just go together.  And basketball lovers in Virginia love the fact that the University of Virginia Men’s Basketball Team is ranked No. 1 in the nation.  Numero Uno. And they’re trying to stay there and win the 2018 ACC Tournament and stake their claim for the overall No. One seed in this year’s NCAA Men’s Basketball Tournament.

Virginia is the fourth team since 1990 to go from unranked in the preseason to the top of the poll, along with Baylor (2017), Syracuse (2010), and Duke (1990). That’s like going from worst (or almost worst) to first. Not bad.  I’m going to watch the semi-final between UVA and Miami, and if all goes to plan, I’ll watch UVA cut down the nets with a win over Duke or North Carolina in the ACC Tournament Final.

So let’s root, root, root for UVA. They are playing lights out defense, and they have a clear path to this year’s Final Four in San Antonio. And they haven’t won a national championship in basketball. Ever.

As for the history of the “Virginia is For Lovers” slogan that’s still going strong today, here’s what I found:

“The year was 1969. The place: Richmond, Virginia. The Virginia State Travel Service had engaged the services of the Martin and Woltz, Inc. advertising agency to develop of new tourism campaign. The Travel Service—now the Virginia Tourism Corporation—wanted to bring more people, especially young people, into Virginia. They needed a campaign that would position Virginia as a destination for the new generation. And what did young people in 1969 like? Love, of course. The Summer of Love was barely past. The Beatles released “All You Need Is Love” that year. Erich Segal’s wildly popular novel Love Story was on the verge of publication. Yes, “love” was certainly in the air in 1969.”