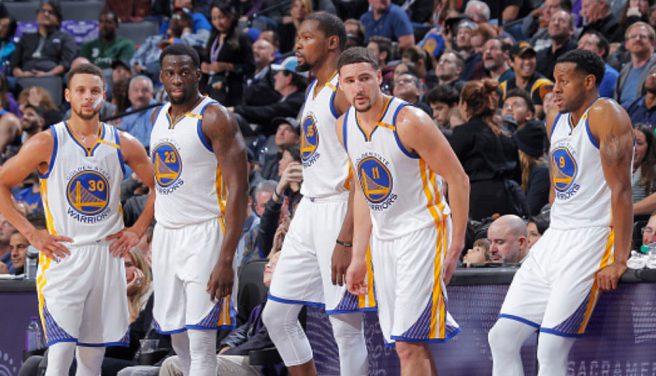 That’s what the Golden State Warriors are showing us and teaching us; they’re schooling us on how to be the best. They are undefeated in these 2017 Playoffs. They are winning games by double digit margins. They have the best shooters, and they are playing the best defense. The Warriors won Game One of the 2017 NBA Finals 113 – 91, and they won Game Two 132 – 113. That’s pretty impressive.

After Golden State’s Game 2 thrashing of the Cleveland Cavaliers on Sunday, the questions abound:

Now, the questions get fewer and finer; can the visibly vulnerable and discernably dejected Cavaliers mount a charge against the mighty Warriors? Can the defending champions (that’s right, they ARE the defending champions) summon the stamina to withstand this relentless, oncoming tide of three pointers and pick and rolls and more points than they can find? And can LeBron save face and win at least one game? I say no.

The Warriors look borderline unstoppable through two games of the 2017 NBA Finals. And, to add insult to injury to the rest of the League, Kevin Durant, Stephen Curry and the rest of the Dubs looked poised to dominate the Association for the foreseeable future.

Not even the great and mighty LeBron James can carry his team up this mountain. Not this time.When these Warriors play their best they’re at their best, and they’re simply unbeatable. Period.