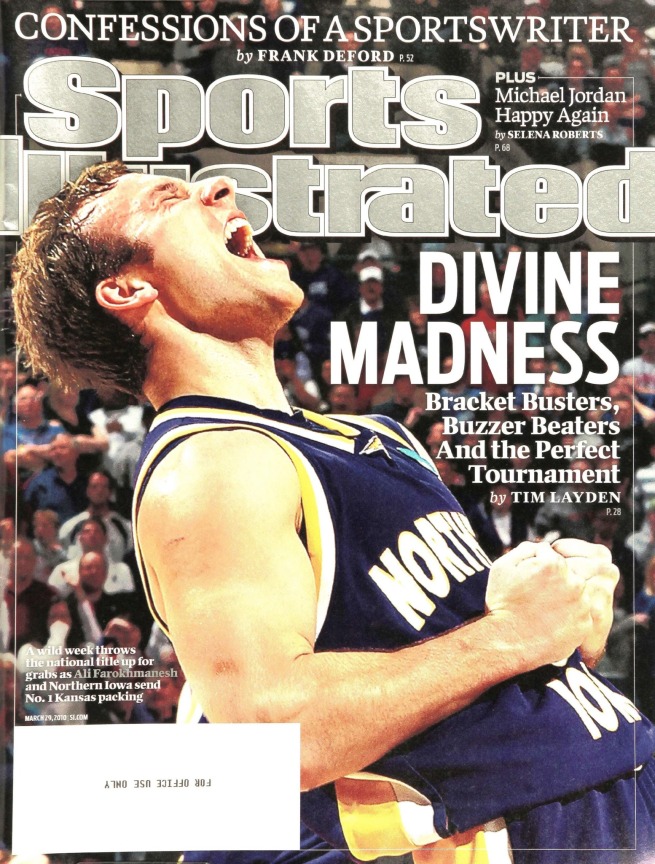 There is a connection between God and sports, especially during the maddening month of March. Some call it Divine Madness. The month of March is a time when everyone can be a sports fan. And that’s why I write for any and as many that will read. While I’m not a sports writer, per se, I am a sports fan. And I’m a blogger that writes about the nexus and the node and the link and the liaison between God and sports.

The obsession termed March Madness is a microcosm of life itself. It’s a single elimination tournament with entirely all sorts of every type, from the cream to the crap, and everything else in between. You have the haves and the have nots; you have the big dogs and the little dudes. You have the powerhouse teams and the rag tag, just happy to make it to the Dance dames who didn’t even dare to dream of dancing with the prince of the prom. There are middle of the roadies who aren’t that bad but they’re not that good either. All are on equal footing and have an equal opportunity to win at least one game, and stand an outside chance at winning the whole dag gum thing.

And that’s just like life. We all have hopes and dreams and ambitions and aspirations and we all collide with each other on the way to dance with the prince at the Ball. Unfortunately and invariably, some dreams will die hard. When a favorite loses to an also ran, and when an unlikely-to-succeed beats the belle of the ball, we all can identify and personify the notions and the emotions and the feelings and foundations that form and frame the structure of our core.
At our very core, we long to be successful and to succeed. We long to be acknowledged and to be accepted. In essence, everyone wants to win and we all yearn to be celebrated. And each and every team in the tournament wants to win, and they have to believe that they have a chance to win it all. And that’s why we love the upsets and the comebacks and the turnarounds that the tournament will give us almost every night for the next three weeks.

And that’s why everyone can be a sports fan, especially during the maddening month of March. God will accept us and receive us; yes all of us – red and yellow and black and white – just as we are and just where we are.

Because we’ve all been dinged and damaged by life in some way; we all need therapy, in some form or another. And so we end this needed and necessary session with this: sports is therapy. Yes it can be misused and abused, but sports in general and March Madness in particular is a window and a glimpse of how we all have a chance and a shot to be elevated to Heaven and to be celebrated by Heaven.

And so the bottom line is this: the God of Heaven is the only hope we have for health and healing in this life. March madness, it its wired, wacky way, teaches us this truth. That’s why everyone can be a sports fan.

To some it’s not rational and it doesn’t make sense, and that’s why some others call it Divine Madness.