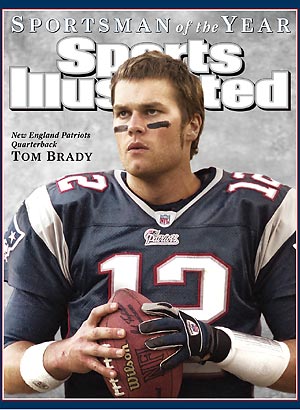 What Happened to Atlanta?

What happened? Thirty-One unanswered points happened. Overtime happened. And most of all, momentum happened. Atlanta was winning by double digits, but Atlanta lost momentum as they gave the game away. They had the Patriots down 21-3 at the half and 28-9 after three quarters. But it didn’t matter after they lost momentum.

Once Atlanta lost momentum, you had that sinking feeling that they were going to lose the game. The Atlanta Falcons and the NFL’s newly crowned MVP Matt Ryan LOST an epic Super Bowl to the greatest franchise in the NFL, simply because they lost momentum.

Brady and the Patriots won 34-28, in OT, and in the second half and in the extra period, the Pats outscored and outplayed the Falcons 31-0. MAN! Said Brady, “We all brought each other back. We never thought we were out of it.” How’s that for confidence?

Joe Buck and Troy Aikman called the game for Fox Sports.  After it was all over, they said that New England redefined the word Momentum. Atlanta had the game in the bag, up nineteen points, 28-9,  after three. But Lady Gaga laid a mojo on the Dirty Birds. Ryan and the Falcons went into the locker room and didn’t score enough again after Lady Gaga dove into NRG Stadium and danced away the hopes and dreams of the Falcons faithful. Those rooting for Atlanta watched in horror as Brady did his thing and came back to win a thrilling, exhilarating, breathtaking Super Bowl.

And so the lesson is clear: don’t lose momentum. Do all you can to steal it and snatch it and grab it and get it anyway you can. But most of all, when you have it, keep it. Because a change in momentum is all you need to turn the tide and stem the flood. And momentum will carry you over and past and through anything; past a huge deficit and past a hot quarterback and past a great defense.

And past an almost sure loss to an even greater and ultimate win.

So never give up. Brady didn’t. And Brady did it. He overcame and overpowered and overawed the Football world. He’s a five-time Super Bowl winner and a four time MVP.