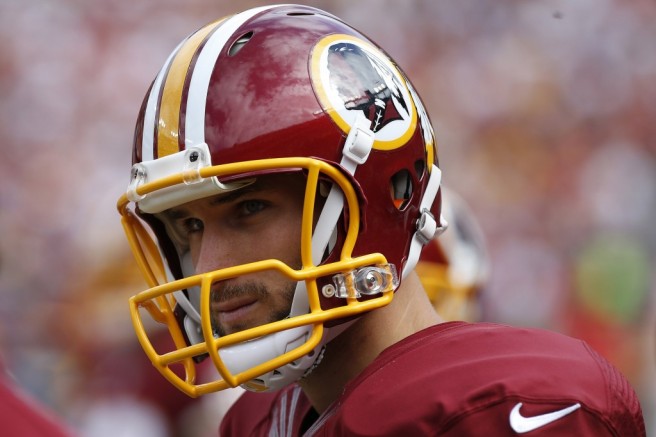 A win and they would be in. At least as a wildcard team. Forget the Division; Dallas had that locked up weeks ago.

A win would begin the postseason for the Washington Redskins. And they had two — count them — TWO chances to win AT HOME in December to clinch a playoff spot. But both times, they failed. Both times they fizzled. Both times, the favored team from Washington flunked out — and some would say punked out. With the season on the line, the offense was practically fruitless and the defense was essentially useless in its efforts to stop a determined but defective Giants team.

The Washington Redskins faltered ignominiously after a season of high hopes and, as far as statistics go, exceeded expectations. And in both games, especially yesterday against their heated and hated arch rivals, the New York Giants, the Redskins’ play was measly and miserable and at times almost intolerable. Their effort was lacking as the defense was sacking their franchise QB, Kirk Cousins. In other words, for three and half quarters, their energy and “oomph” towards a run at a playoff spot and a chance to play in Super Bowl LI just wasn’t there.

Sunday’s defeat had no turning point. There was no single play or crucial drive when things started going awry for the Redskins, who were favored by a touchdown. The Redskins were poor from the start in every way.  Asked Sunday night whether he felt he had the Redskins ready to compete, Coach Gruden said: “I like to think so, but obviously the results say otherwise, so what can you say?”

To answer Kirk Cousins question from last year, “No, we don’t like that.”

Forced to punt on their first five possessions, the Redskins were held scoreless in the first half for the first time all season. A last-ditch effort to avoid the shutout — a 57-yard field goal attempt by Dustin Hopkins — sailed left of the uprights, leaving the Redskins to trudge to the locker room trailing 10-0.

Their third-ranked offense, which was averaging 411.3 yards per game, was stymied by the Giants’ aggressive front seven. Protecting Cousins had been a strength all season, with the offensive line allowing just 19 sacks through 15 games. On Sunday, Cousins was sacked four times by early in the third quarter. And Cousins played throughout as if pass rushers were converging from all corners. Too bad, so sad.

So what’s next for the Redskins in general and for Kirk Cousins in particular? Only time will tell. Changes need to be made, but where do you start? Cousins set a franchise RECORD for passing yards this season. Seriously? Statistically, he’s the best Redskins QB ever!  EVER! And some want him canned.

So what can we learn?

In other words, prior preparation prevents poor performance. This truism is still true.