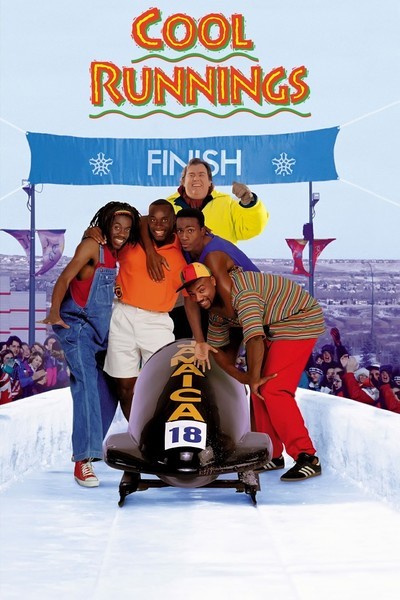 Cool Runnings is the true rags to sports riches story about the humble hubris of the human spirit.  When a Jamaican sprinter is disqualified from the Olympic Games, he enlists the help of a dishonored coach to start the first Jamaican Bobsled Team.  And the irony is that they finished, but not first or even in the middle of the pack. The team’s borrowed bobsled broke going down the track and they had to carry it on their shoulders across the finish line. But they finished nonetheless.

According to Roger Ebert, “it’s not a bad movie. In fact, it’s surprisingly entertaining, with a nice sweetness in place of the manic determination of the average sports picture. The actors playing the bobsledders have a nice comic charm, especially Doug E. Doug as a high-energy guy named Sanka Coffie. And John Candy has a couple of stirring speeches that he somehow delivers as if every word were not recycled from other films. If you like underdog movies, you might like this one.”

And here’s some more inspiration from some sports and entertainment greats:

Sports do not build character. They reveal it.
John Wooden

Sports is the toy department of human life.
Howard Cosell

I wouldn’t ever set out to hurt anyone deliberately unless it was, you know, important -like a league game or something.
Dick Butkus

The reason women don’t play football is because eleven of them would never wear the same outfit in public.
Phyllis Diller