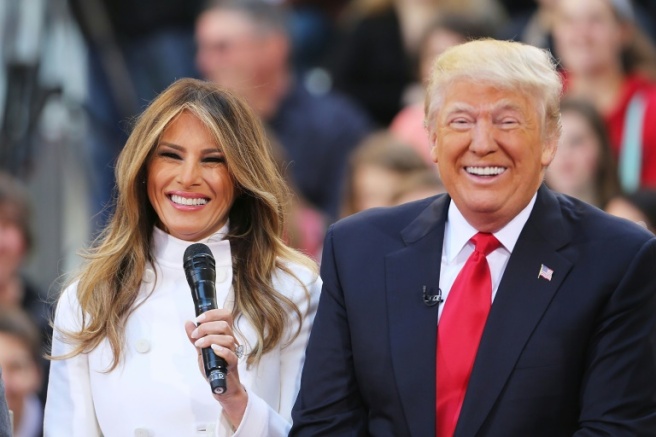 The unbelievable, inconceivable, almost unimaginable has happened. Donald Trump just pulled off one of the biggest upsets of all time.  Donald Trump is now the president elect, and I humbly have to state that I did say that this could happen.  Just check my blog from LAST August! https://godandsports.net/2015/08/19/the-donald-may-trump-them-all/ I won’t get into the nitty gritty of the 2016 presidential election just yet, but suffice it to say, the Donald has Trumped them all.

It’s so astounding that it’s worth repeating . . .

Donald Trump won the election for president. Of the United States. Of America. And in case you haven’t thought this through, as volatile and visceral as he’s been in the past, the fact that he ran is not the big news. The fact — and now it’s a fact that’s settling in — that Trump actually WON the White House and he will be the leader of the free world for at least the next four years, is even more jolting and jarring, at least for some of us. Trump came out of the early Republican Candidates Debate as the front-runner. That’s right. Trump actually took the lead and lead the pack — and it was certainly a pitiful pack of possibles at that —  in August of 2015- with 25% of the vote, according to some sources.

“Bloomberg Politics Managing Editor Mark Halperin stated that Republican presidential candidate Donald Trump has ‘reached a turning point’ where the ‘establishment candidates’ think he can win Iowa; ‘most’ believe he can win the nomination, and ‘a significant number think he could win the White House.’ ” Of all the paltry possibles running, Trump may in fact trump them all.

And “The Donald” has trumped us all.  He’s pulling no punches and taking no prisoners.  And since politics is a blood sport, we certainly saw much of his brash, brazen, bravado until the final whistle sounded and the last ballot was tallied on the day and night and morning after the election..

Politics is like sports and sports are like politics. You don’t know who is going to win, so that’s why you play the games and keep score.  As Hilary Clinton and all of the rest of America has just learned, anything can happen to change the race between the begining and Election Day, 2016.

And so the lesson is this: if the believers who still believe that God’s got the whole world in his hands will just believe Him and stop putting their faith in a man, or a woman, and stop telling Heaven who should be in the White House, then our faith in Him will carry us through.