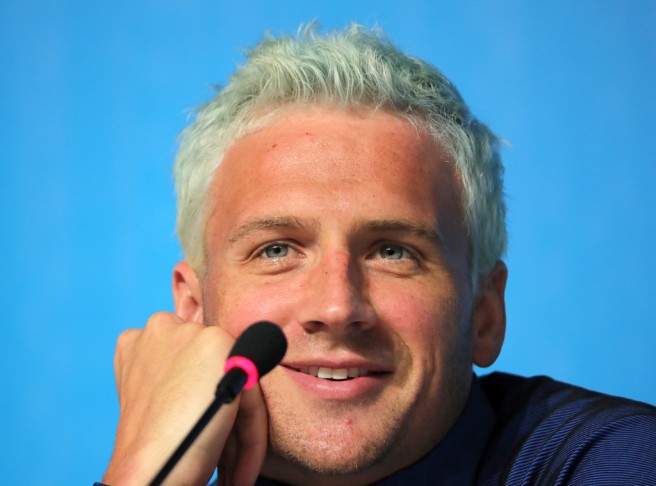 Ryan Lochte is swimming in hot water; or deep water; or muddy water; take your pick. Whichever metaphor you chose, each and every one is apropos. Lochte is an Olympic gold medal winner, but he will be remembered for much more than the medals he’s won.

We all know from childhood that lying is bad all by and in and of itself. But lying to the POLICE is something else altogether; and lying to the police in a FOREIGN COUNTRY has got to take the cake.   My word.

“According to The Associated Press, Brazilian officials claim that some or at least one of four US Olympic swimmers in Rio broke down a gas station bathroom door, vandalized the bathroom, and later falsely told local officials they were robbed at gunpoint. Under this scenario, the swimmers could be charged with filing a false police report and/or vandalism. In Brazil, each offense is punishable by one to six months in jail and/or a fine or probation. But jail time is rarely served for such crimes in Brazil, and a public apology or donation to a charity could help lessen any penalties levied.

The four swimmers involved in the incident are Americans Ryan Lochte, Jimmy Feigen, Jack Conger and Gunnar Bentz. Lochte, 32, is the highest-profile swimmer in the group. He competed in his fourth Olympics in Rio, and has six gold medals, three silver and three bronze over his career.”

It’s all so sad. It’s all so privileged and it’s all so entitled. These young athletes obviously felt like they were above the law and above the fray. And what happened? They end up giving the Rio Games a blow below the belt and in turn must bow beneath their dignity public vandalism and then by lying to the law.

Lochte apparently skipped town and got out of dodge before his teammates got taken off of a plane on the tarmac and were interviewed by the local police. Boy, oh boy, oh boy, oh boy. Let’s hope that Lochte and the other lads learn a real big lesson from all of this.

It’s not funny and it’s not frivolous. It was foolish and it was fractious. To be sure, the incident should not be trivialized. But it should not be overblown either. Bringing shame to your game and to your team and to your Country during the Olympics is a black eye that Mr. Lochte is going to have to wear for a while. And he’s going to have to allow time and truth to heal this haymaker he’s hurled that has landed, largely on himself.