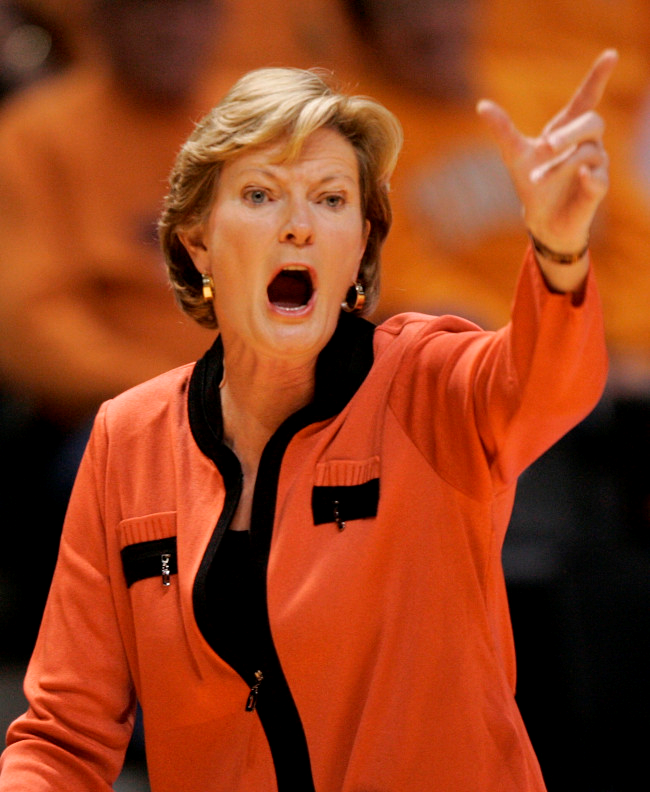 Pat Summitt was an icon. Pat Summit was a legend. Pat Summit was the sum total of what a coach and mentor should be. Pat Summitt’s wins and victories and championships and graduation rate are her legacy and are the summary of a superlative life well lived.  All that has been said and written about Pat Summitt are a mere synopsis of her influence and are proof positive that she was a force to be reckoned with.

Pat Summitt built the University of Tennessee’s Lady Volunteers into a perennial power on the way to becoming the winningest coach in the history of major college basketball. The sports world now pauses to mourn her loss. Pat died today, June 28, 2016. Her death came five years after she was diagnosed with Alzheimer’s disease. She was 64.

In 2011, Summitt announced she was diagnosed with early onset Alzheimer’s, but vowed to keep coaching. “This is not a pity party,” she said. “We’re not going to sit here and feel sorry for Pat Summitt.”

She stayed on for one more year, securing the Lady Vols their 16th SEC Championship under her leadership before retiring. But she didn’t step away from the sport she loved.  Summitt battled the disease with “fierce determination just as she did with every opponent she ever faced,” her son, Tyler Summitt, said.

“Even though it’s incredibly difficult to come to terms that she is no longer with us, we can all find peace in knowing she no longer carries the heavy burden of this disease.”  As the wins and the championships piled up, Summitt’s astonishing achievements commanded national attention and helped usher women’s basketball into the spotlight.

Tyler went onto say that “she’ll be remembered as the all-time winningest D-1 basketball coach in NCAA history, but she was more than a coach to so many — she was a hero and a mentor, especially to me, her family, her friends, her Tennessee Lady Volunteer staff and the 161 Lady Vol student-athletes she coached during her 38-year tenure.”

Pat Summit was driven to perfection and always remained true to her standards. That meant doing things the right way, no matter what. Summitt’s impressive coaching record earned her a spot in the Basketball Hall of Fame in 2000.

President Obama paused to pay homage to this basketball great.  Obama said that “her legacy, however, is measured much more by the generations of young women and men who admired Pat’s intense competitiveness and character, and as a result found in themselves the confidence to practice hard, play harder, and live with courage on and off the court,” Obama said.

“For four decades, she outworked her rivals, made winning an attitude, loved her players like family, and became a role model to millions of Americans, including our two daughters.”

Thank you for your life and legacy, Pat Summit.