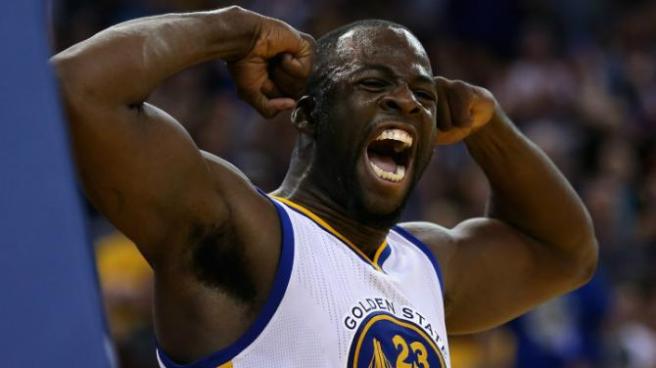 It’s still true. It’s still a proven fact. And it’s still being proven, even as we speak; one person can make a difference, for good or for ill. Draymond Green missed Game 5 of the 2016 NBA Finals. More to the point, Green was suspended for accumulating one too many flagrant fouls in the playoffs, and his stupidity and his absurdity cost his team a win, and perhaps a championship.

It’s a proven fact that without Green, the Golden State Warriors saw red. Draymond Green is a fierce, ferocious fellow, full of energy and vitality. His presence makes a difference on the team, and his absence does as well. Yet Green tends to think with his mouth and talk with his arms (and legs for that matter), and the unintended but inevitable consequence is that he gets caught with both hands in the cookie jar.

It’s still being proven that when emotions and passions and feelings and moods get in the way, bad things happen. These various and varying, sundry and sultry, internal intangibles tend to get in the way and take control and take the place of realistic rationale and right reason. Consequently, illogical and illegitimate thinking and thoughts intentionally come to mind. And as we all know, thoughts invariably become things.

returning violence for violence multiplies violence, adding deeper darkness to a night already devoid of stars … Hate cannot drive out hate: only love can do that.

But athletes are taught to dislike and even hate their opponents to the point that they will do almost anything to win and/or to wound their “enemy.” But fierce rivals need not go to the extreme and hurt or mishandle members of the opposing team. “Hate of other people ‘is really displaced hate of oneself,’ psychologists say. And ultimately, feelings of self-hate motivate people to restore their sense of significance through action.”

It’s still true that one person can turn the tide and save the day. It’s also still true that one person, especially one lone gunman, can destroy the day and snuff out the lives of lay persons unnecessarily. Unfortunately, another mass shooting has turned into a mass killing and the subsequent motley, mutinous massacre leaves us doubting and pondering and questioning society as a whole, and probing and examining and investigating our own individual values and mores in specific.

It’s truer now than ever; our morals and ethics and tenets and beliefs and practices are on trial. They’re being put on the witness stand, and we’re all forced to do the swearing in and the direct questioning and the cross-examining in order to peel back the layers of bogus, bigoted, artificial flavoring and coloring to get down to the truth.

In the scheme of things, it doesn’t matter that Pulse was a Gay night club. Not when 49 innocents were gunned down in the prime of their lives by a lone gunman who determined that he wanted to make a difference; a decidedly destructive, diabolical, devilish difference at that.

So is it wrong to compare Green to the shooter in Orlando? Maybe so, but my mother taught me that God doesn’t like ugly. Make no mistake about it, doing the wrong thing is still wrong, no matter who you are.