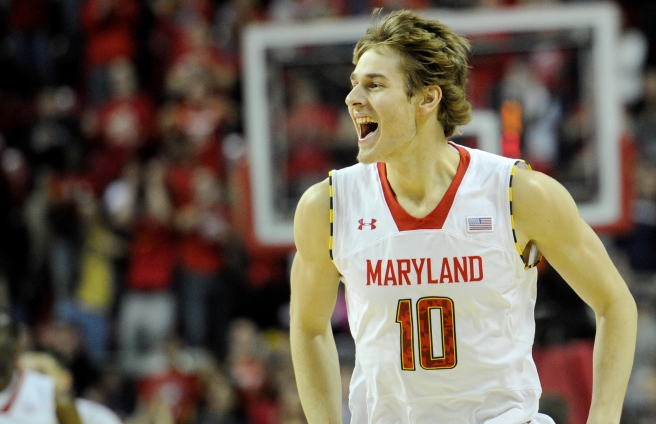 My University of Maryland Terrapins are good enough to go all the way. And, at times, they’re bad enough to go nowhere.  That’s the sweetness and sourness of my team. And Jake Layman has been as sweet and sour as they come. No offense to Melo Tribble, but Layman is the lynchpin. As goes Layman, so go the Terps. When he’s hot, they’re hot, and when he’s not, they’re not. So let’s hope that Layman lays it all down and leaves nothing on the court tonight. That would be sweet. They’ve made it to the Sweet 16 and they’re facing the Top Seeded Kansas Jayhawks tonight. At 9:40 pm. So I’m grateful that I’m not going to work tomorrow.

And that’s where most of us miss it. We turn sour and we lose our sweetness and freshness and pureness when we crave the praise of men. When we crave adoration and confirmation and affirmation to the point where we wilt and wane and wither and waste away if we don’t get a pat on the back or a smack on the butt, we’re finished before we even begin. Don’t get me wrong; we all need encouragement, but if we don’t get it we should not give up the fight. What matters most is what God says and what we believe about what HE says. I’ll say my own amen on that one. AMEN!

If I were a bettin’ man, I’d bet the house on my Terps. It’s all or nothing. Do or die. Win or go home.  The sweet part of the Sweet 16 is that 16 teams have advanced this far. The sour part is that there are 52 other teams that did not make it this far and wish they could have. That’s a lot of teams. Michigan State is one of them, but let’s not go there, right? And so a lot of other teams went down to the wire but lost at the buzzer. That’s the sour side of sports in general and the Sweet 16 in specific. Someone has to lose. Just don’t let it be you.

The sweet side is that Maryland is one of a few teams that can boast and brag that they’re played good enough at the right time to be on the national stage under the national spotlight and have an outside chance at winning it all. Most importantly, they believe.

And herein lies the lesson. YOU have got to believe for others to believe.  If you don’t think you’ve got what it takes to take what life’s got, then go home now. Go straight home. Do not pass “GO”. Do not collect $200 (a Monopoly Game analogy, for those that remember and love that great game). Facing Kansas could be taken as a sour taste and an offensive smell. But it’s all a part of the package of life. Kansas is the opponent and they must be beat. To sulk at the prospect of facing Kansas is to doubt and to pout when instead the Terps should believe.

That’s it. That’s it right there. First and foremost, you’ve gotta believe. Because faith without works is dead. So, while you’ll have some days that are dark and some hours that are dour and sour, focus and fixate and zero in and put all the money on the sweet taste of victory. Then you’ve got to give it all you’ve got. So play like there’s no tomorrow. And if my Terps don’t there won’t be a tomorrow. At least not for them.