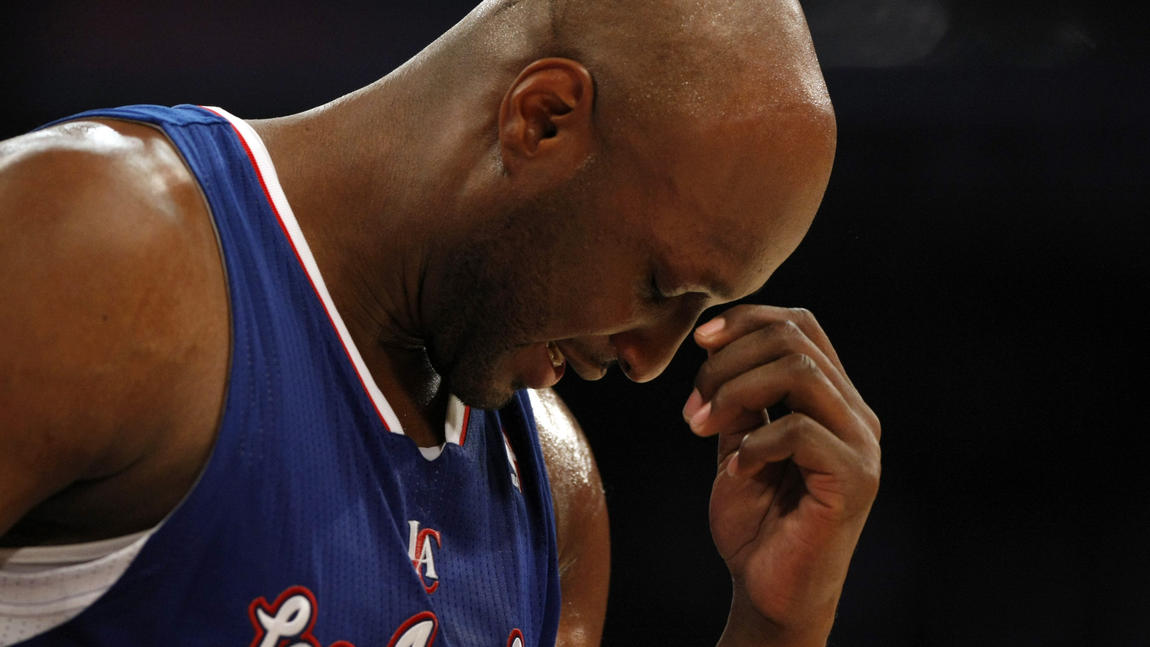 It’s all so sad.  It’s seems so senseless. And it’s certainly a serious, somber and sobering situation. We don’t yet know what exactly happened to Lamar Odom, 35 years of age, who is now in a coma.

Odom’s coma was possibly drug induced, but it certainly was not anticipated, predicted or expected. We do know that Lamar took cocaine and 10 doses of a Viagra-like medication, and now he’s fighting for his life in a Las Vegas hospital with his family at his side, including his estranged wife Khloe Kardashian.

Friends and former teammates have visited the hospital, including Kobe Bryant, Derek Fisher and Jesse Jackson.

In 2011, Lamar is quoted with saying this: “Death always seems to be around me,” Odom said in a low tone. “I’ve been burying people for a long time. When I had to bury my child, I probably didn’t start grieving until a year and a half later.”

His mother, Cathy Mercer, died of colon cancer when he was 12. His grandmother Mildred Mercer, who reared him, died in 2004. His son Jayden, not quite 7 months old, died of sudden infant death syndrome in his crib in 2006.

And in August of 2011, Odom’s cousin died while he was in New York to shoot a television commercial. In another incident  during the same visit, the vehicle Odom was riding in hit and killed a 15-year-old motorcyclist. “I think the effects of seeing [my cousin] die and then watching this kid die, it beat me down. I consider myself a little weak. I thought I was breaking down mentally. I’m doing a lot of reflecting.” Odom said he didn’t eat much for “eight or nine days” after the events. All the while, thoughts of dark moments in his life consumed him.

There are aunts, cousins and friends, Odom said, all of them “taken away from me.”

You never really know and never fully know what people are going through, battling with, or struggling to overcome. You just never know. What drove the former NBA star to a brothel is currently a mystery that we may never know the answer to. And lest we rush to judgment, the deep, dark, surreal secrets of all of our lives are misty, murky mysteries as well.

Life has its way of beating us up and beating us down, and if we don’t have a good coach or corner man, a good colleague or co-worker, a close by confidant, comforter or consoler  — someone or anyone to lean on or turn to, we’re all liable to throw in the towel.

When asked about how he was coping with the tragedies of his life, Odom is again quoted with this bold statement: “It’s what it has done to me emotionally and physically . . .  I’ve had to tell myself that I will get through this. And I will. I have to.”