Are the girls as good as the guys? Or are the dudes so much better than the dames? In college basketball, at least this year, it’s fairly debatable. And so the age old debate over who’s better at sports has reared its ugly head and pretty face yet again.

In the women’s Final Four, we have Maryland (GO TERPS!) contesting Connecticut, and South Carolina trying to knock off and knock down Notre Dame. It’s a classic Final Four – one which should draw a ton of attention, regardless of gender or age or political affiliation. Yes, this year’s Final Four is one for the ages. While each of the coaches for all four teams are equally impressive, I must give a shout out to Dawn Staley, Coach of the South Carolina Gamecocks, who is a Philly Home Girl and a former Temple Coach to boot, I might add. But let’ not forget about Brenda Frese of Maryland and the Dean of women’s coaches, Geno Auriemma of UConn.

In the Men’s Final Four, we have dominant Duke, almost a miracle Michigan State, wannabe Wisconsin and King Kentucky. It’s a collection and collision of creditable coaches trying to cast their company of college characters in a championship light.

So who’s better? The guys or the girls? Both final four’s should be fun to watch and a sight to see. Better? No, that’s not the measure. Equally entertaining and similarly scintillating is what they will be. It’s just a shame that male chauvinism and women’s lib have tainted and tinted and soiled and spoiled a spectator’s sense of what a great sporting event is. The guys still get all of the hub and the bub, but the girls, especially this year, deserve some of the buzz too.

God created us male and female. And of course there are physical and natural and tangible and palpable differences between men and women, but we both want to win in the worst way. So after you attend services this weekend, root, root, root for your own team, or at least adopt one, because the games in both the Men’s and Women’s Final Four should be equally fantastic, and the fans, on both sides, should be utterly enthusiastic about watching high level, high caliber basketball on both sides of the gender coin. 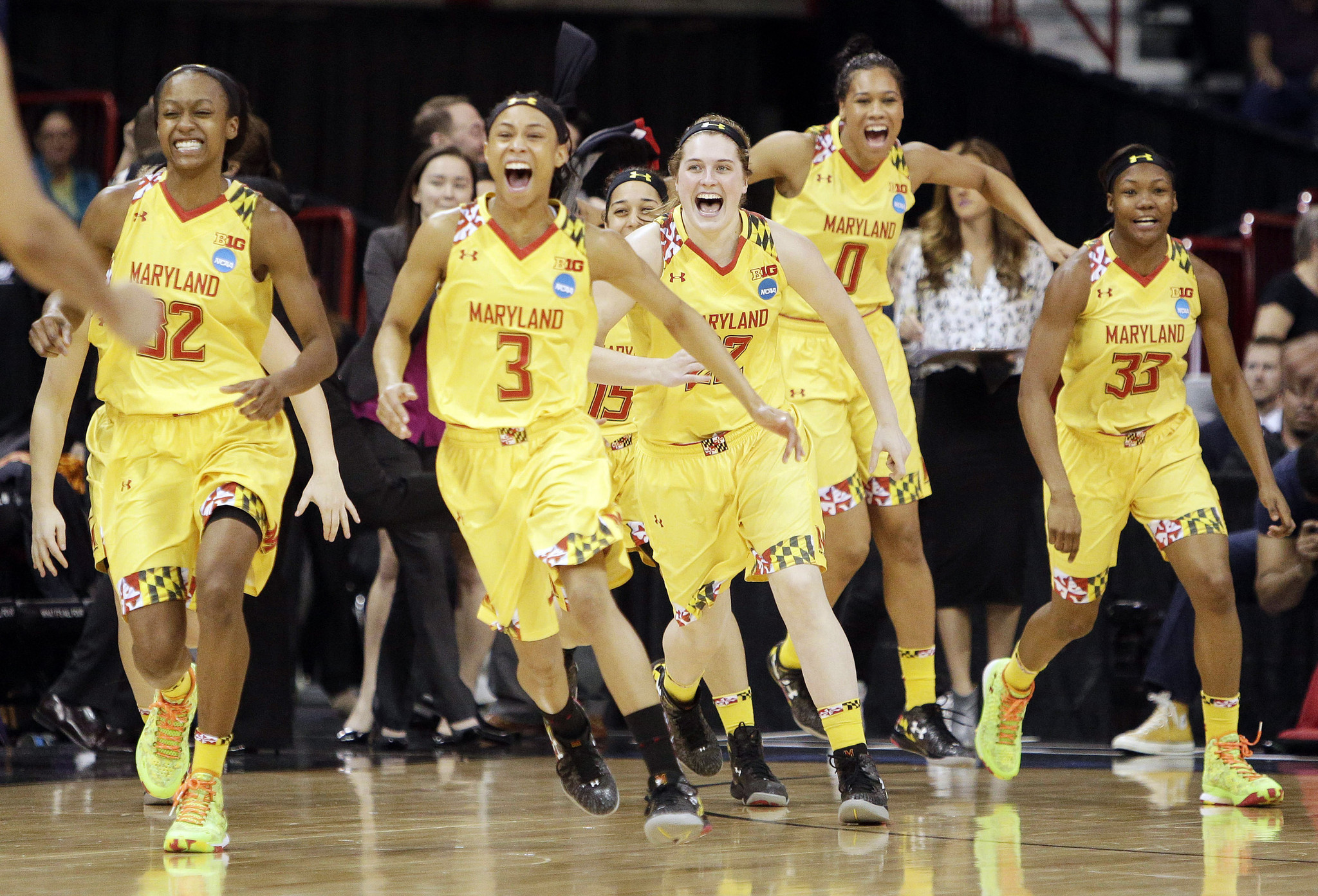 And in case you’re wondering, I’ve got my Lady Terps upsetting UConn, going all the way and beating Dawn Staley and her gals in a final to be remembered. As for the guys, of course Kentucky will go undefeated at 40-0 and take the title.