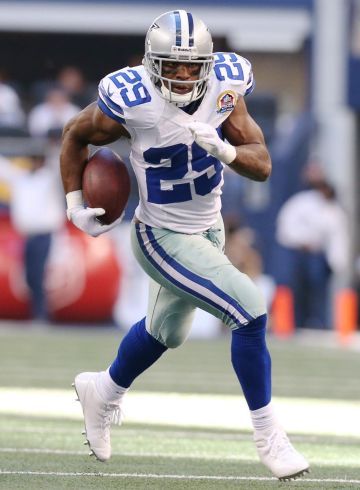 OK, Ok, Ok. So we may have overacted — a little. Just a little. Ya think? Just two short (but they seemed so long!) days ago, it appeared that Coach Kelly’s chips were down. Now, Coach Kelly has cashed in the few chips he had left for DeMarco Murray, the 2014 NFL rushing leader, and capstone and crown jewel of the Cowboys. The Eagles indeed have landed the best running back in football.

Faith and football do indeed go together, because it’s almost funny how quickly things can turn around. One minute you’ve lost your best friend (or best running back) and the next minute you get two for the price of one; double for your trouble. Somebody just aught to give Him some praise!

And although I miss LeSean McCoy already, that shady deal is turning out to be pretty on paper after all. Murray played with Bradford at Oklahoma, and that means a whole lot when it comes to chemistry and comradery.

The outrage in Dallas is all the more massive as their pride and joy has turned coat and now signed with a Division Rival!  Wow.  The 27-year-old Murray turned down a four-year, $16 million offer from the Cowboys last fall and went on to become the AP Offensive Player of the Year. Murray played the final four games last season, including the playoffs, after breaking his left hand in a win at Philadelphia.  Talk about irony.

But back to Chip: since taking control of personnel moves away from former general manager Howie Roseman, Kelly has played fantasy football with the Eagles, making several bold moves to reshape the roster to try to add players to fit his scheme and desired culture in the locker room.  More power to him.

Spiritually speaking, this should teach all of us another life lesson. When the chips are down, meaning, when things really get difficult and things get really urgent or really desperate, it’s usually not as bad as it looks.  Have faith and don’t doubt. Take it from me; it’s usually not that bad or not that hard and it can be fixed. (Godandsports July 11, 2014, https://godandsports.net/?s=It%27s+not+that+bad)

So heads up Philly Fans. We are now the pre-season pick to win the NFC East. Go figure. Almost overnight, we’ve gone from worst to first, and we’re not even playing in the snow. (Godandsports, December 13, 2013, https://godandsports.net/?s=Playing+in+the+snow).

It’s almost funny how quickly things can turn around.