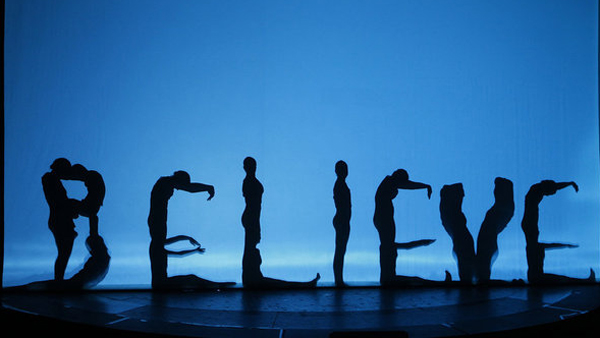 The ‘Hawks miraculous mastery of the surprisingly strong Packers (especially Aaron Rodgers) at the end of the game was a surprise to us all. The home team overcome a 16 point deficit; they overcame four interceptions by Russell Wilson; they scored on a fake field goal attempt, a.k.a. a “trick” play; and they somehow got the ball to bounce their way when they needed to recover an on-side kick. And all of that happened in 3 Minutes! And all of that HAD to happen in order for them to win. Without every domino standing in its place, the whole house of cards would have come tumbling down on their heads.

The Seahawks followed the recipe to a “T.” Russell Wilson said they kept believing and did not doubt. That’s it. That’s the recipe. We must quickly add that belief is faith, and faith without works is dead. So, Seattle did all of the right things as they believed. In other words, it takes more than faith; it takes faith AND works, but faith must go first.

Green Bay, on the other hand, did not follow the recipe as they did all of the wrong things late in the game. As their lead evaporated and was eviscerated, doubt and disbelief certainly crept in. Then that “OH NO!” feeling fell on them like the Seattle mist descending from the sky.  That eerie, spooky, ghastly feeling of a win slowly, slipping away and looping into a loss did them in just as much as did their late game goofs and gaffs and glitches. Doing “something” about your circumstance must also include doing the right thing.

Seattle also wants to remind us that the recipe for a miracle win includes all the ingredients of a regular, run of the mill, garden variety win with one exception: the odds have to be set and stacked and piled and heaped and mounted and assembled against you such that your only hope is that you must have a miracle to win.