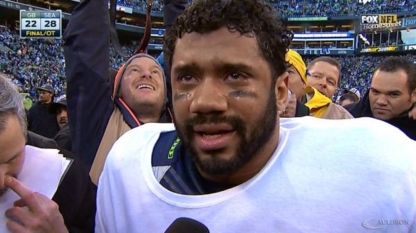 Russell Wilson believed. Down 16 at the half and down 19-7 with 3 minutes left in the game, Wilson and the Seahawks pulled off a comeback for the ages as they stunned the Aaron Rodgers and the football world by winning in overtime, 28-22.  It was incredible.  It was improbable. It was implausible. But it was not impossible.

At games end, with tears streaming down his face, Russell Wilson gave a passionate and impassioned plea to all those who doubt and don’t believe. He wasn’t just speaking about this one unusual and almost unbelievable game; his comments apply to life itself.

And I say again, who said God and sports don’t go together!

I am a believer, but at halftime I did not believe, and if you want to be honest (for a change) and admit the truth, you didn’t believe either. How many of the “No. 12’s” in the stands and at home thought there was even the inkling of a chance for the Seahawks to win, and win like they did? 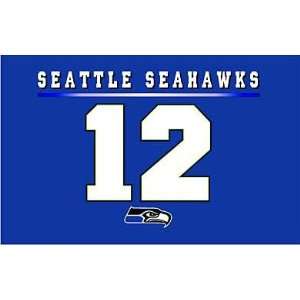 I did not believe that the Seahawks had a snowball’s chance in hell to come back and win the game. But come back and win they did. They turned it all the way around, four interceptions and all. Russell Wilson may have played the worst game of his professional career for 57 minutes, but when the chips were down, he came up with a whale of a win. Terry Bradshaw may have said it best: “How can things go so bad for so long and then suddenly turn around?” Sounds spiritual to me.

And so the next time you face a failure or deal with a dilemma or encounter a crisis or meet a monster of a mess, remember this game and remember this:

All things are possible to him who believes.