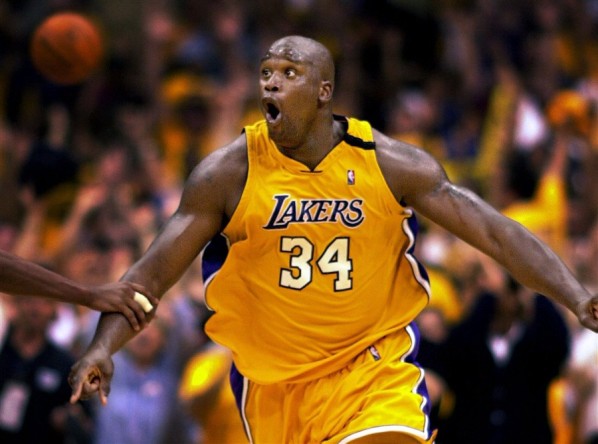 And when the day of Pentecost was fully come, they were all with one accord in one place.
Acts 2:1, KJV

Shaquille Rashaun O’Neal has a doctorate in education.  Go figure.  But he is best known as a huge former basketball all-star, and is mostly known for his size and stamina, standing 7 ft 1 in (2.16 m) tall and weighing 325 pounds (147 kg).  Better known by his nickname “Shaq,” he was one of the heaviest and heftiest players ever to play in the NBA.

Throughout his 19-year career, O’Neal used his size and strength to overpower opponents for points and rebounds.  He won four NBA Championships; three consecutive with Kobe Bryant and the Los Angeles Lakers in 2001, 2002 and 2003 and one with Dwyane Wade and the Miami Heat in 2006. But for all of his hulk and bulk, Shaq could not win on his own. He knew the power of the team.

Shaq played on great teams, but great teams don’t just happen.  And scrumptious meals don’t cook themselves.  Just like custom cakes, winsome wins and triumphant triumphs are cooked and baked and good food is simmered and sautéed with only the best and finest of ingredients.

As big as he is, Shaq must know a little bit about good home cookin’, right? But how many know that good cooking doesn’t just happen?  And neither does winning.  All the right amounts and just the right components are required for success.

Shaq eloquently speaks about the ingredient of “team.”  Much has been made of his falling out with Kobe, and rightly so.  The team could not hold together when Shaq and Kobe were falling apart. And so Shaq went looking for another team, and he found another great team and another great teammate in Miami, where the blending of elements once again produced a championship team.

The ingredient of team is often overlooked and mostly undervalued.  Yes team is the sum of all the parts, but it is also the particular part that makes up the total sum.  You often hear commentators and coaches speak of teams as family or fraternity, and as a fierce fellowship of friends.  On the other hand, teams are not a fractured, frenzied fraction of foreigners who just so happen to be on the court or the field at the same time.  Unless a team is a bond of brothers, winning probably won’t happen, and winning really doesn’t matter.

Rarely is the component of a tried and true, great and genuine team stressed or even pressed.  It’s as if “teamwork” can just come along for the ride. Au contraire: teamwork must be driving the bus.  It seems that since teamwork is so vitally important, the necessity of a team working together must be mandated and made mandatory at the beginning of every season.

My loving wife is a great cook, along the lines of my mom and mother-in-law.  I, on the other hand, can barely boil water or toast bread. Well, maybe I’m not that bad, but you know what I mean. Likewise, some athletes don’t have a clue or give a hoot when it comes to playing on a championship team, or participating in a championship season. I, on the other hand, might not be a great cook, but I know what a good team looks like and I sure as heck know what a bad team looks like. And I think I know what it takes to build a team, and a winning team at that.

The spiritual tie is easy to make but hard to maintain. Together we stand; divided we fall. This truth applies across the board. Winning teams take chemistry and alchemy, symmetry and synergy and a whole lot of “the right place at the right time” kind of stuff.  So be a great teammate. Be a total team player. Put the team first, put others second, and put yourself last. And you will most certainly reap a ripe reward.