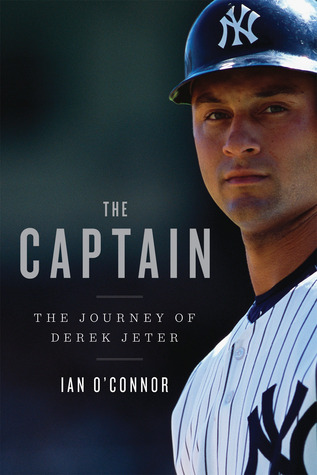 Derek Sanderson Jeter just played in his last All Star Game and is playing in his 20th and final season with the only team he’s ever known. At the All Star Game he went 2 for 2 and was the darling of the dance. The incomparable heart beat of the Bronx Bombers, Jeter is the poster child of the pinstripe prima donnas, and the captain of the team that captivates us all. Jeter’s team, the New Yankees, is the team that we love to hate, and Jeter is a player that we will hate to lose.

Jeter is the heart and soul and the modern “Pride” of the Yankees. He’s won five World Series rings, and lost 2. And the two he lost he hated to lose. And hating to lose, more so than loving to win, is his enduring legacy. His stats are stellar, but stats are only one thing; his persona, on the other hand, is something else altogether. He has what we call “presence.” He fills the room, or the field, for that matter. You know he’s there even without a sound from his mouth or a word from his lips. He‘s a star, a superstar for that matter, and yet his legacy will be in his significance, not his stardom.

Jeter gives us the lesson of longevity, the discipline of durability, and the aura of authenticity. In recent memory, few other baseball players have made such a big deal or lasted such a long time or meant as much to such a broad body of baseball fans as Jeter. The short list may contain Cal Ripken Jr., who played 21 seasons with the Baltimore Orioles. That’s it. That’s the list.

So don’t strive to be successful. Strive to be significant. A dear pastor friend told his congregation that “It is better to be significant than to be successful,” and “It is better to make a difference than to make a dollar.” And here’s one more “it is better:” the Bible says that “It is better for a man to hear the rebuke of the wise than to hear the song of fools” (Ecclesiastes 7:5, RSV). I imagine that Jeter has accepted the rebuke of the wise and rejected the song of many fools in his long, storied career.

So let’s learn the lessons and discern the didactics of Derek Jeter. He is one of the last of those players that I grew up with who truly love the game. In turn, the game has loved him right back, and rewarded him with significance to boot.

One thought on “Derek Jeter: Baseball At Its’ Best?”