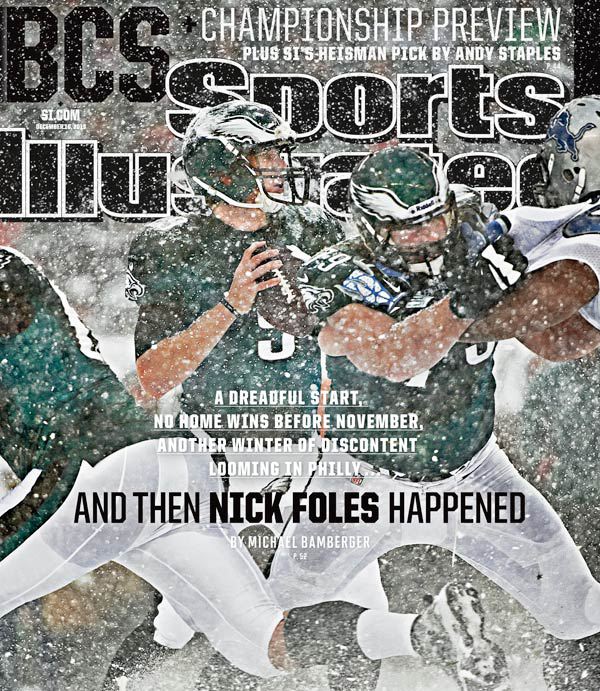 Better is the end of a thing than the beginning thereof: and the patient in spirit is better than the proud in spirit.

In 2012, the Philadelphia Eagles went 4-12 in Andy Reid’s final season as head coach. One year later, Charles “Chip” Kelly is the head coach and he totally turned the team around: the Eagles went from worst to first, and won the toughest division in the NFL.  The Eagles were like the eagle – in the end, they mounted up, and soared.

The Eagles began the 2013 season 1-4, and lost Michael Vick, their mobile, franchise quarterback to injuries. The Eagles ended the season 7-1, and are much improved on defense AND can boast having the League’s rushing leader, Sean McCoy. In the end, the Eagles beat the Dallas Cowboys, 24-22, and won the NFC East in the process. The turnaround happened in a year, in a blink. The reward is a home, wildcard playoff game at Lincoln Financial Field against the New Orleans Saints.

It’s not how you start, it’s how you finish.  “It was an outstanding coaching job,” said owner Jeff Lurie, speaking of the Eagles’ head coach. “But I think the main thing was outstanding leadership, outstanding handling of an NFL team coming in, in every way — showing leadership, motivation, class at all times, understanding where the players are coming from, instituting a new offense and defense, hiring great people.”

The ragged start and the rising finish of my Eagles this season epitomized the axiom, “It’s not how you start, it’s how you finish” and gave further proof to the Biblical truth professed by the wise and noble Solomon, the son of David, the preacher who penned these words: “Better is the end of a thing. . . ” (Ecclesiastes 7:8).

So it’s absolutely how you finish. Don’t worry about those who seem to be ahead of you financially, socially, professionally, politically, or even spiritually. God is the one who keeps score.  He is the “One great scorer” (See “How You Play the Game, July 15th Blog):

When the One great scorer comes

To write about your name

He writes not that you won or lost

But how you played the game…

In the final analysis, God, the “One Great Scorer” writes how you play the game and how you finish the game.  Because it’s not how, or even where, you start – it’s how you finish. Good starts are great, and great starts are good, but not everyone can start fast. So do as Nelson Mandela did (December 6th Blog); forget about your start; focus on your finish, and finish the year strong.